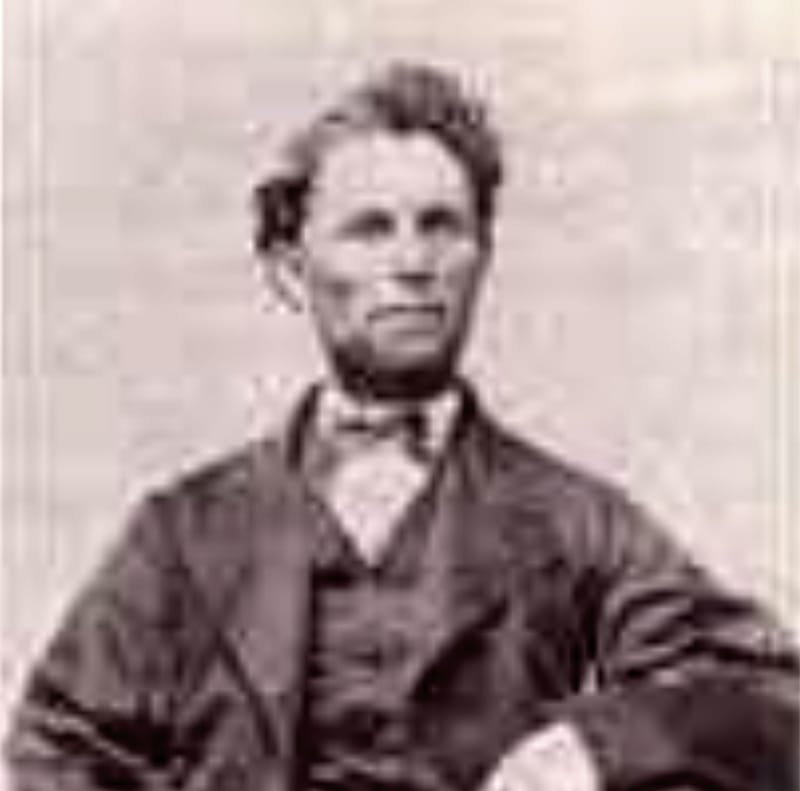 When 35-year-old Franklin Benjamin Woolley was chosen as purchasing agent for the Southern Utah Co-operative Mercantile Association, it was his job to purchase merchandise in California and freight it back to St. George via an overland freight train. These trips took months, and when he kissed his two families goodbye, he never dreamed it would be the last time he'd see them in this life. On the return trip, Frank reached Dunlap’s ranch near the Mojave River, when three horses went missing. The rest of the company continued on, but Frank stayed behind, “intending, if he did not find them there, to return to his train and make other arrangements.” The Deseret News article described what happened next. “He stayed all night in a hay stack, and is supposed to have started early the next morning with the intention of returning to his camp. He had gone about half a mile, when from the tracks, it is supposed he met about sixteen Indians, when he dismounted from his mule to parley with them. Failing to compromise with them, and seeing they intended to kill him, he turned and ran about twenty-five paces, when he fell, shot by arrows. The Indians stripped him of everything and dragged him into a ravine about twenty-five paces, and there left him. They then led the mule a short distance up the hill to a bush and stabbed it, where it was afterwards found dead.” When Frank failed to return, a search party first found his black whip, covered with blood. Frank’s 23-year-old brother Ed, who himself was on the trip, described the scene of the recovery, “They had found the body with the flesh eaten from the bones, eyes picked out by crows, and at a distance, the dead mule…some white men had been there the year before putting up hay and killed several Indians who had been there on a hunting trip…The Indians said that they would never allow a white man to occupy the ranch again. Hence, they were in to kill…” Frank was the victim of revenge. His brother Ed “brought the remains of his brother home, where they were interred with impressive services, by his sorrowing family and friends,” including two wives and 12 children.