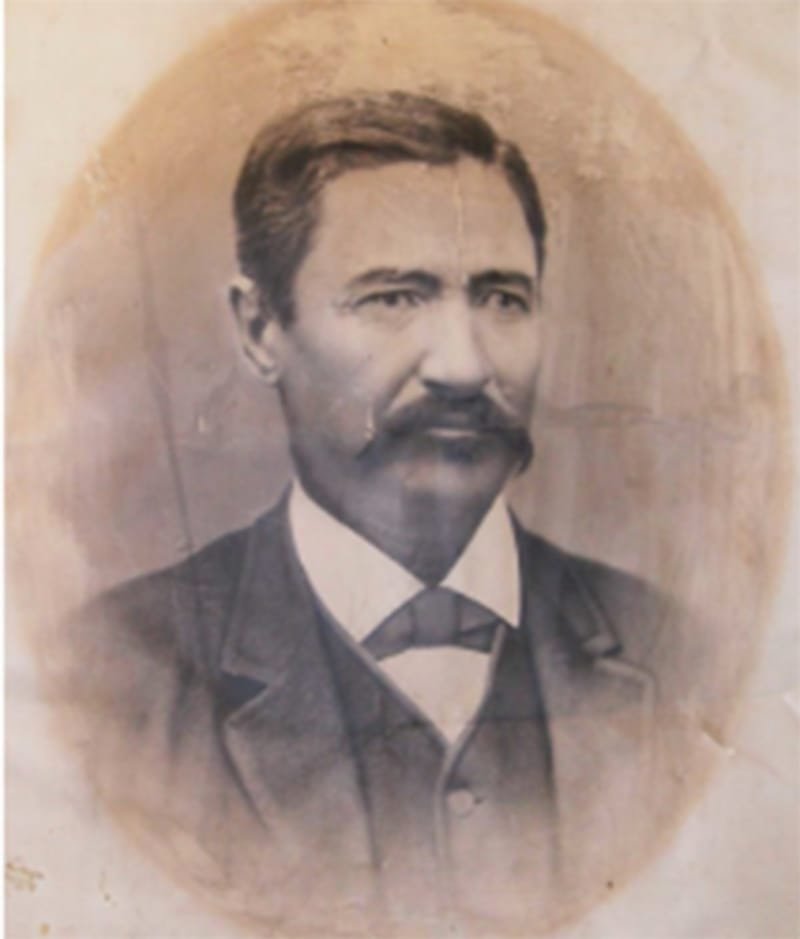 James Andrus, born in Ohio on 14 June 1835, arrived in Dixie during 1861. Marrying sisters Laura Gibson and Manomas Gibson, he became the father of 20 children and provided for these families as a farmer, stock man, merchant and banker. Over a decade he traveled thousands of miles: in 1862, he made a trip to the Missouri River with an ox team to bring immigrants to Dixie; he made a similar trip East the following year for merchandise, traveling with mule teams; in 1869 he trekked 400 miles to Los Angeles, and then 800 miles to Helena, Montana, with freight; in 1870 he again crossed the desert to Southern California with freight for the St. George Co-op store. During the Black Hawk War James helped protect the settlers in Southern Utah. Later he took charge of the Canaan Co-operative Stock Company on the Arizona Strip, a job he held for twenty-five years. He owned and operated a large mercantile establishment, known as James Andrus and Sons. Before that he was a member of the Woolley, Lund and Judd Company. The Andrus name is still prominent in southern Utah.