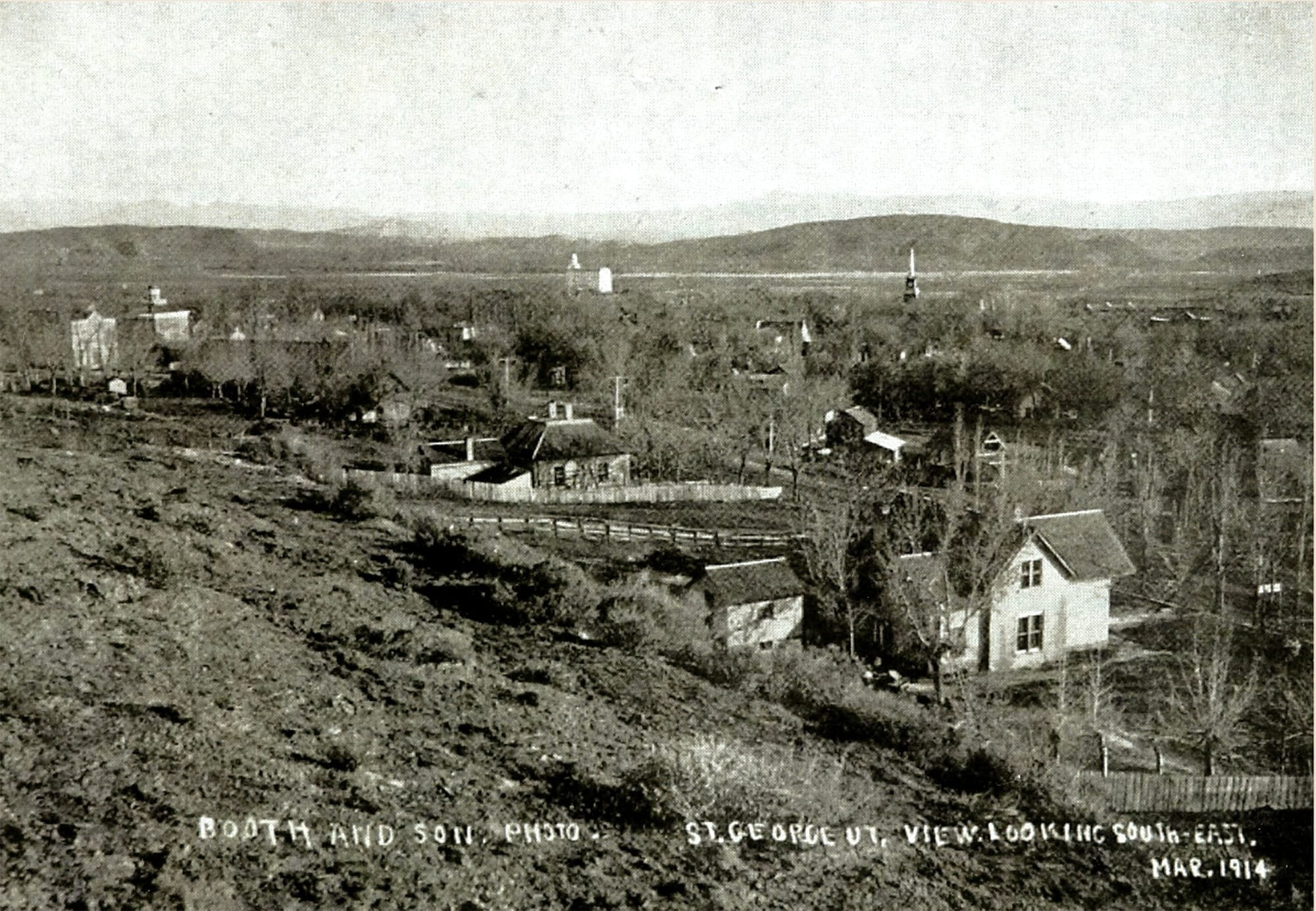 Each pioneer family called to settle the Cotton Mission in 1861 and 1862 was promised a city lot on which to build a house. The city of St. George was divided into city blocks, each block consisting of eight ½-acre lots, a space large enough for a home, orchard, vineyard, garden, and small livestock. Once the city survey was complete and plats established, on 2 March 1862 the head of each family drew his lot literally out of a hat. Even though this was a fair and equitable system with no favoritism, individuals traded lots afterwards.

As the settlers had been living in a wagon, a tent, or on the ground since they left Salt Lake City in November 1861, much excitement and anticipation surrounded this day. Journals, such as that of Brigham Jarvis, recorded the experience. Wanting to be the first on his lot, Brigham Jarvis's father George raced his team through the sage, uphill and down dale, tipping over the spring seats and scattering some of his goods. George pulled up beside a large mesquite tree and said, “Get out Mother, we’re home!” Huddling beneath the bush, his wife Ann answered in sobs, incoherently mentioning the little home they had left behind in Salt Lake City. A few minutes later, Ann said, “Let’s put the tent right here, George. Where you are standing is where we will build the house. We can have a flower garden over there. We’ll trim up those big mesquites and have them for shade until we get some trees started.” And thus the city of St. George was born, the Jarvis family credited as the first to settle in St. George.

Another memory of this day included the enthusiasm of Sophronia Ellen Turnbow, plural wife of William Carter: “William Carter’s young wife, eager for an early garden, had come earlier with a grubbing hoe and shovel and cleared a space, only to learn when they moved in with their wagon that she had grubbed on the wrong side of the stake. She would go down in history as having done the first road work in the new city.”

The first homes were tents, wagons and dugouts, and then eventually homes of adobe brick were built. Looking back on the beautiful homes they had left behind, the settlers made the best of their circumstances and continued to improve their lives and circumstances, establishing the foundation of the community we now enjoy.