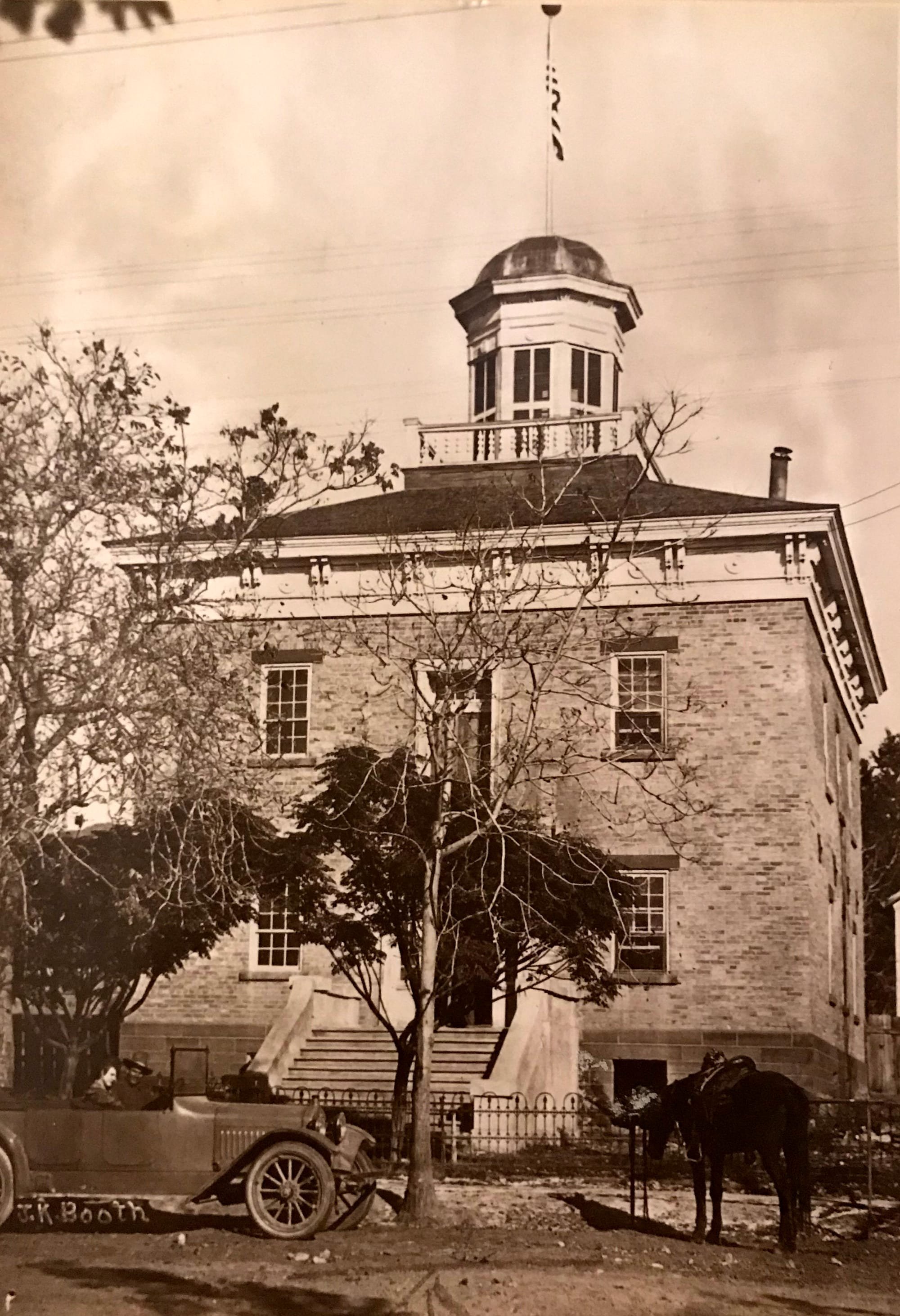 St. George was designated the seat of Washington County on Jan. 14, 1863 when the Utah legislature unexpectedly moved the County seat from New Harmony. Construction on the courthouse began in 1866 and was completed in 1876, then used as a courthouse until 1960. The building has a full basement, which originally served as a jail. The first floor served as offices for county government. The large room on the second floor was used as a schoolroom and the courtroom. Other interesting features include the 18-inch thick interior doors, the old chandeliers, original paintings of Zion National Park and the Grand Canyon, a security vault, the exterior cornice work, and the cupola. The cupola was designed for hangings, though none were ever performed there. The building is still in use, which is a testament of the skill and care used in its construction. Placed on the National Register of Historic Places (#19700000634) on September 22, 1970, the building currently is open to the public as a museum and for lectures and other such meetings. Photograph taken about 1910.