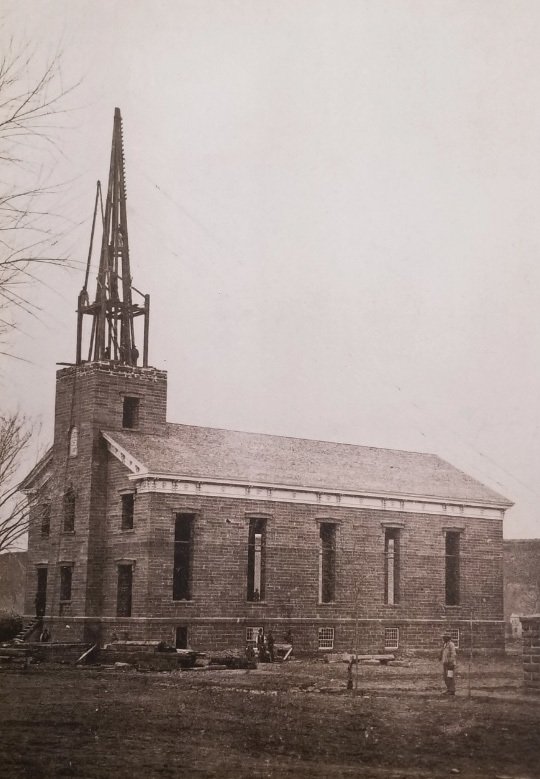 About the St. George Tabernacle, historian Mary Phoenix stated “....When Brigham Young visited St. George about one year after the first settlers had entered the valley, he found the citizens suffering from the same malaise that had affected earlier settlers. Every dam they had placed in the Virgin River had washed out just as the water was needed most. Food was scarce until the next harvest. The intense summer heat unbroken by any shade, the swarms of flies and the malaria many contracted were driving many to leave. Unless there was immediate help, there would soon be no Cotton Mission. Brigham’s solution to such problems was always to unite his flock in a big project in which they could all take pride and in their enthusiasm they often forgot their personal problems. He wrote Erastus Snow, presiding apostle. ‘I want you and the brethren to build, as speedily a possible, a good, substantial, commodious well-furnished meeting house, one large enough to comfortably seat 2,000 persons (there were less than 200 people in St. George at the time) and that will not only be useful, but also an ornament to your city, and a credit to your energy and enterprise.’ To the credit of these poor, over-worked, hungry people they did just that. The cornerstone was laid on Brigham Young’s birthday, June 1, 1863. ....The last stone was placed on the tower on Dec. 29, 1881 and the interior of the building [was] completed for dedication in May, 1876. It is impossible for us to even imagine the back-breaking human effort that went into the construction of the Tabernacle.... ....Miles Romney served as [local] architect [and project manager]. William Burt was in charge of the plaster work; David Milne, painting; Archibald McNeil, quarrying; Edward L. Parry, mason work; and Samuel Judd, lime-burning. They were assisted by the best workmen Southern Utah had to offer and by young men who learned a useful trade. The Tabernacle stands as a monument to the genius of men capable of thinking in such terms and to their faithful followers who forgot their own needs for a vision.” The Tabernacle was placed on the National Register of Historic Places on May 14, 1971.