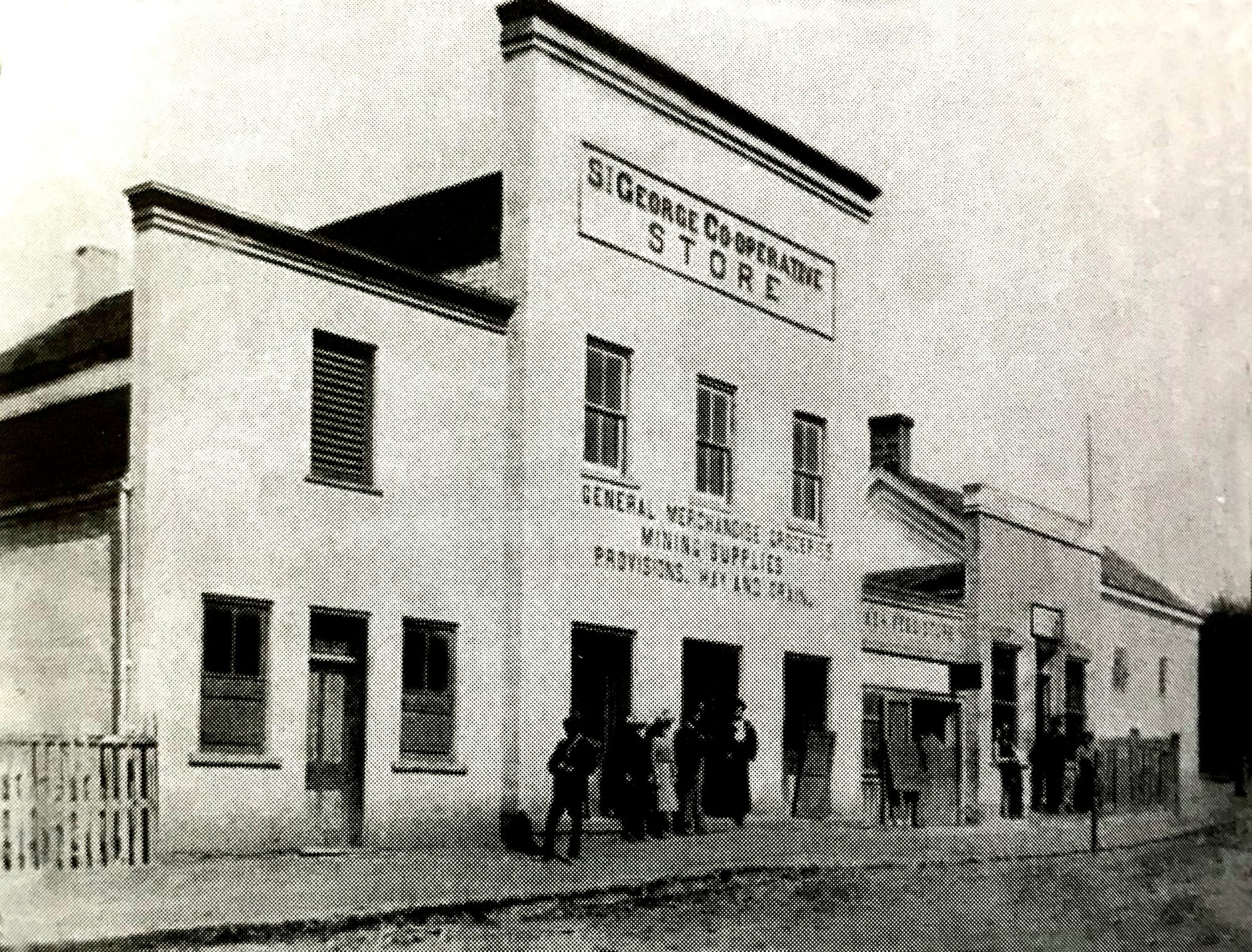 In the early days of St. George, stores did not exist because of the high cost of transporting goods and because no one had any money. Bartering was the pre-eminent trading system. When the cooperative movement was launched in Salt Lake City with the goal of protecting those in the Utah Territory from outside price gouging, the Southern Utah Cooperative Association was organized in 1868, which morphed into the St. George Co-op. This institution became a driving force that influenced the financial progress and growth of Southern Utah for over fifty years. Irritated that no women sat on the board of directors, “the Sisters” formed their own co-op, placing the little store directly across the street from the Co-op where they could purchase cotton thread for 5¢ instead of 25¢. Currently the Bear Paw Café occupies the building.