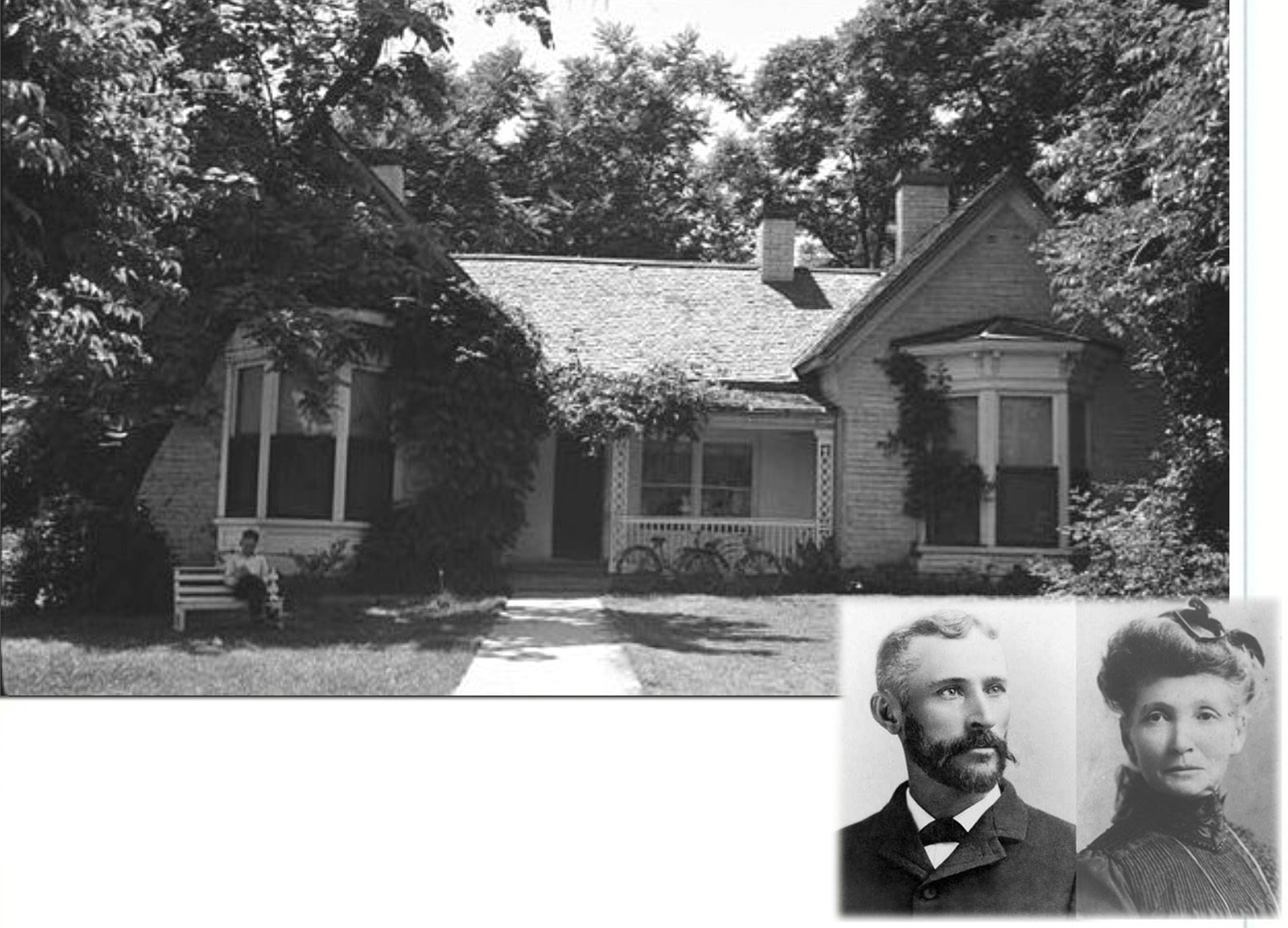 Anthony Woodbury Ivins was one of the most influential men to come out of southern Utah. His father, Israel Ivins, was St George's first medical doctor called to the Cotton Mission with the first wave of pioneers in 1861. Anthony grew up in St. George and married childhood friend Elizabeth Ashby Snow, daughter of prominent leader Erastus Snow. In 1878, they built their eight-room home at 165 North 100 West on a foundation of black basalt from the Black Ridge quarry and walls with square nails and two-thick adobe bricks. Although Brigham Young insisted that local houses be built close to the street to accommodate backyard vegetable gardens, orchards, and vineyards, Ivins built deep on the south side of his father's lot. Anthony and Elizabeth raised eight of their nine children in this home. Anthony worked as a rancher and held numerous political positions, including mayor, and religious positions including counselor in teh St. George Stake Presidency. In 1894 Anthony and "Libbie" moved when called to the Juarez Stake in Mexico, then in 1908 Anthony was called as an Apostle of the Church of Jesus Christ of Latter-day Saints.