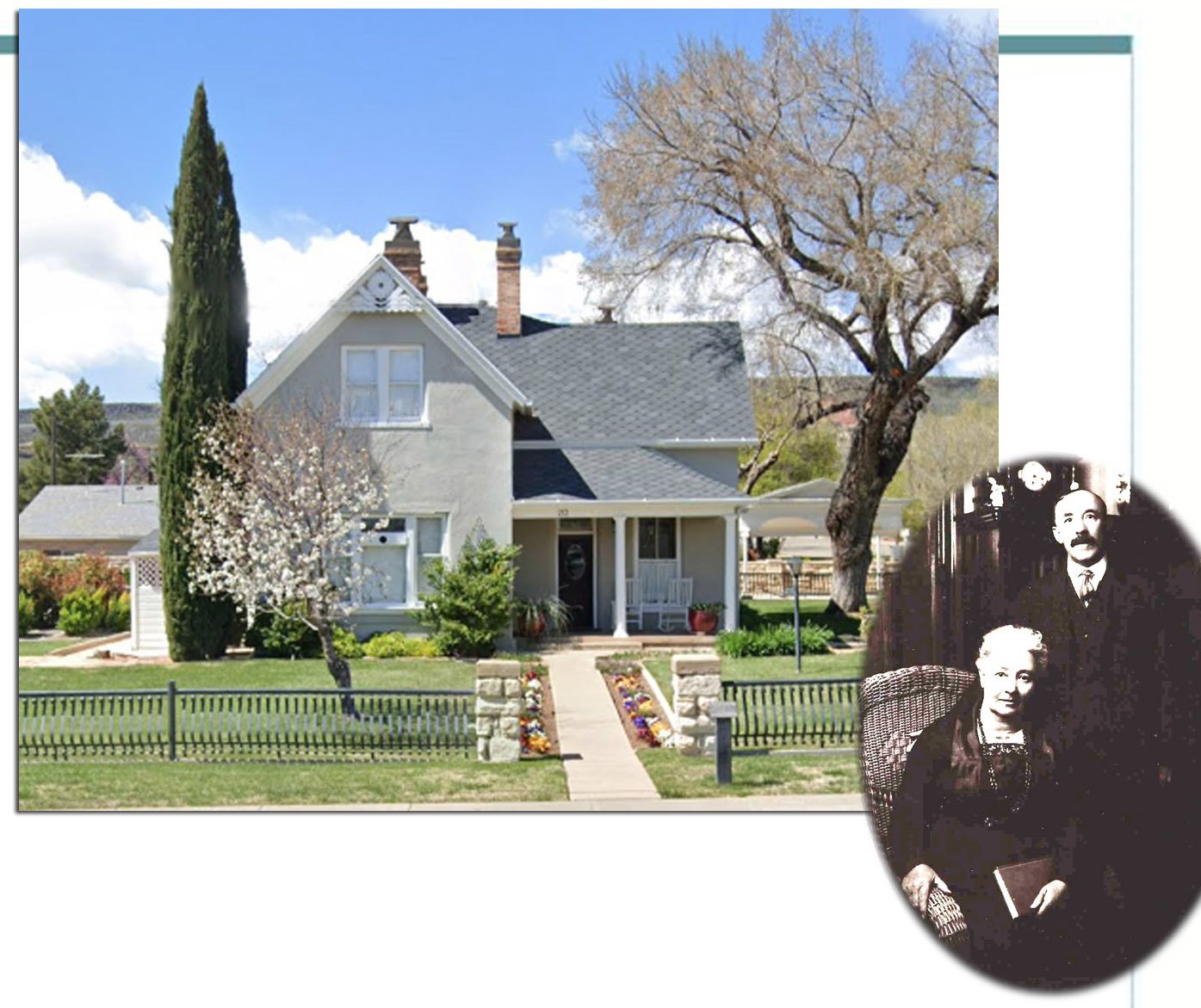 London native and early pioneer Arthur Miles married Ida Walker and they became the parents of six children. Son Raymond remembered vividly the day his mother died in this home from "childbirth infection" five days before Christmas 1897. After her death, five-year-old Raymond was sent into the living room to impart the news to his grandfather, St George poet Charles Lowell Walker, who replied, "Oh! Go away. She isn't dead." Raymond recalled, "She was placed in a coffin in the room where she died and I stood by the coffin and gazed at her. Neighbors and friends came to see her and there I stood bewildered. The death episode of my loving mother never to be forgotten." Ida's death left Arthur with five young children. He married Ida's sister Zaidee Walker and they had three children. Arthur was a self-educated man, supporting the family with various jobs including 37 years at the Bank of St. George. Daughter Katherine inherited the home and resided there with her husband, author and historian Karl Larsen, Keeping the house in the Miles family from when it was built at 212 South 200 East in 1876 until 1983.